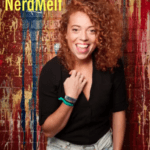 Spend a Tuesday evening with Late Night with Seth Meyers’ Michelle Wolf and special guests.  Tickets are $8 in advance and $10 at door.

The number of times NBC has to bleep out the word “dick” is past midnight is pretty funny just by itself.

Kumail Nanjiani stopped by Late Night with Seth Meyers this week and explained how many of the jokes he makes on Silicon Valley get often quoted to him in inappropriate real life situations, which, given the content of the show, is a lot of the time.

The moral of the story here is that you don’t tell the world’s greatest dick joke without it following you wherever you go.

Season 2 of “Hotwives” To Have Same Cast, Just Different Characters

Last week, we reported the good news that Hotwives of Orlando was getting a second season over at Hulu. At the time, we were under the impression that there was going to be a whole new cast, but, Casey Wilson, who plays one of the central Hotwives, revealed on Late Night with Seth Meyers this week that the cast is returning and only their characters will be different for Hotwives of Las Vegas.

So, that means the fantastic cast of Casey, Danielle Schneider, Kristen Schaal, Tymberlee Hill, Andrea Savage, and Angela Kinsey are all returning.

We’ll be looking forward to “no drama” very soon.

Mike Lawrence notches in another great late night talk show stand-up set (sets on Conan are his other ones) with his performance on Late Night with Seth Meyers last night.

Watch him effortlessly weave through Muppets guilt, working at McDonald’s, and the Bible in his set here.

We’re glad to see Randy Liedtke back on TV, this time making his late night talk show debut by performing stand up on Late Night with Seth Meyers.

It’s supremely silly and fun as you should expect from Liedtke and probably the perfect thing you need to start off this Friday morning, or any morning really.

Basically, if you are unaware, Tina Fey is pretty amazing. Just from this interview at Late Night with Seth Meyers, Tina talks about rushing from one benefit to honor/roast Don Rickles with Amy Poehler, her predictions for the future of late night, dealing with her writers as a head writer at SNL, and, on top of all of that, being a mom.

Watch parts one and two here.

While on Late Night with Seth Meyers last night, Mike Birbiglia recounted a time in his life where people used to tell him that he looked like James Van Der Beek.

Birbiglia did not put this information to good use as you’ll see during his panel interview. Watch it here.

Late Night with Seth Meyers just had its great first game show that we’ve all secretly played when reading news about Florida on our Twitter feeds. If only all game shows replaced their correct/wrong noise, wear cartoon hands, etc., they’d be this fun.