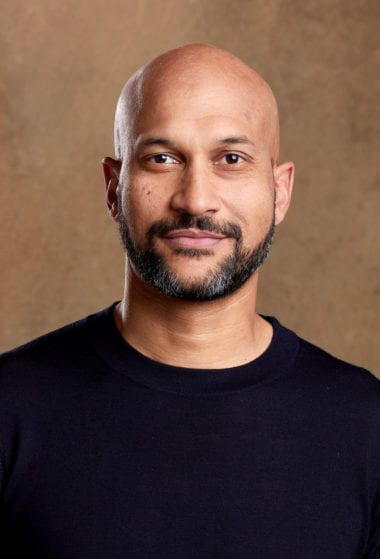 This will probably be a pretty great balance between Key & Peele and Jordan Peele’s recent foray into horror.

The forces of Keegan-Michael Key, Jordan Peele, and Nightmare Before Christmas director Harry Selick are coming together to entertain a delightfully darker side of stop-motion animation in a new film Wendell and Wild.

It’ll follow two demons versus a nun and a couple of goth kids and we can only imagine how ridiculous this could get. Just check Key & Peele’s last time they dealt with a demon battle.

There’s no real context we can or wish to give you to watch this latest Key & Peele sketch.

We will say that if this is a sort of thing that Jordan Peele would have in his foray into the horror genre, then we can’t wait to see what he’s concocting right now.

With that, you should just watch and enjoy Marbles here.

There was a really big jump, tone and content wise, from the original Gremlins to the sequel Gremlins 2 to the point where it almost seemed like a sequel of another movie.

This has beleaguered the minds of Key & Peele to the point where they have come up with this sketch that’s not an unreasonable explanation to explain the disparity between the first and second movie.

Sure, watching the head of a big company go undercover amongst his own employees then revealing himself as the boss to the delight of some and dismay of others is entertaining.

Turns of phrase like lightning in a bottle can be a little curious, especially when it comes to considering them in a literal sense.

With that in mind, Key & Peele take wordplay to a whole other level in their latest sketch. Watch it here.

There’s a lot of rap music that has incredibly violent rap lyrics. They’re so violent and often directed at someone in particular, you might think a confession is being made.

Well, Key and Peele show how that it gets a little more complicated than rapping about taking someone out.

After Beheading Someone, Key & Peele Show How Problematic It Can Be To “Get Off Stage”

The showmanship involved in finishing your opponent on the battlefield, especially when you cut their head clean off with a giant sword is pretty impressive.

In fact, it’s so impressive that it might be a little hard to dismount from the performance.

Just let Key & Peele show you what we’re talking about.

Keegan and Jordan want to emphasize that it’s them, not Comedy Central, that has brought them to this decision to end the show, which is regarded as a stand-out in this golden age of television.

After five groundbreaking seasons, both Key and Peele want the breathing room to explore other projects and passions and are thus bringing their highly acclaimed sketch series Key & Peele to a close.

Take note that they do want to keep working together plenty in the future. On leaving, Keegan says, “I’m thinking we could do that every three years – take a year, go bang out a movie. That’s the plan right now.”

So, before you go getting all wistful and start going through Key & Peele all over again (a thing you should totally do), remember this isn’t the end of one of the great comedy duos to ever be.

Tina Fey and Amy Poehler don’t get to work on everything together, but it’s all the more special when they do and perhaps that what it will be like with Keegan-Michael Key and Jordan Peele in the years to come.

“The Spoils Before Dying”, Season 5 of “Key and Peele”, and “Why? with Hannibal Buress” All Premiere Tonight

July 8, 2015
Uncategorized
comedy central, ifc, key and peele, the spoils before dying, why? with hannibal buress

We hope that this was already your plans for this evening. If not, and you had something, somehow blocked out for 9PM to 11PM tonight, we suggest adjusting your schedule accordingly.

Also, Conan: Live at Comic Con is at 11PM on TBS, so just make watching comedy on your TV the thing you do all night tonight.

In such a subtly perfect Key & Peele sketch, a town hall meeting marking the landmark of gay marriage bans being prohibited nationwide finds an audience camera focusing a lot on Jordan Peele.

It might just be a coincidence or an accident, but you should just see it for yourself.

Before any competitive team effort, it’s not uncommon for teammates to get each other riled up and rowdy before heading out. Sometimes, that can lead to screaming and other times it can straight-up hitting each other.

Key & Peele show what happens when that might go a bit too far.

Make sure to set a reminder to catch the new season of Key & Peele on July 8th.

What was being called “Nerd Prom” turned out to be a pretty great roast.

Last night’s Annual White House Correspondents Dinner will be a night to remember whether you were in attendance, watching it on YouTube, or actually tuning into C-SPAN.

President Obama delivered another great performance and even brought along Keegan Michael-Key as his “Anger Translator” Luther. It’s pretty undeniable that he’s the funniest president in American history.

Host Cecily Strong really cut deep with a lot of her jokes when she took the stage and dished it out throughout the whole room including President Obama himself and even Hillary Clinton who she favors. In fact, some jokes probably hit too close to home for some in the room and play way better to those watching it on screen.

Even though HBO has picked a showrunner to fill in after Armando Iannucci leaves Veep, it wouldn’t be entirely surprising to see Barack involved in the show after his leaves the White House.

One of Key & Peele’s most popular characters, the veteran substitute teacher Mr. Garvey, is going to get a feature adaptation with Keegan Michael-Key as Garvey will face off teacher-a-teacher against Jordan Peele as antithetical, very likable teacher.

We can see montages of Garvey aggressively mispronouncing common names and Jordan pronouncing them correctly and then giving a positive affirmation to each student individually.

Watch Key & Peele on “No, You Shut Up! with Paul F. Tompkins”

In case you have been too busy trying to catch up with all the hordes of television, movies, music, etc., No, You Shut Up! with Paul F. Tompkins is really hitting its stride in season 3 over at Fusion.

Just look at all the hijinks they get into with Keegan Michael-Key and Jordan Peele when they stop by and you can clearly see why this show should be the most Googled of 2015 instead of just 2nd in 2014.

Also, do remember that you can watch entire full episodes of this season as well as seasons one and two all conveniently on YouTube.

One of Key & Peele’s most popular sketches involves the more ridiculous names that fill the rosters of NFL teams around the country. So, it’s only natural that they would have a special edition of their “East/West Bowl” for their Super Bowl Special premiering this Friday at 10PM on Comedy Central.

If you were worried that you’re not getting enough Key & Peele in your life like we all are, rejoice in the news that you’ll be getting a whole special’s worth right before this year’s Super Bowl.

Keegan Michael-Key and Jordan Peele will be hosting an entire sketch special on Comedy Central on Jan. 30th at 10PM. Since you’ll be prepping for Super Bowl party probably at that point, just go ahead and expand your plans to include watching this special too.

Going from Spanish to English, the word “loco” translates to “crazy”, though the cultural nuances and subtext can be lost in translation.

This discrepancy is probably most important when determining who is the most “loco” in a gang as Key & Peele found out.

Don’t want any specific religion in your Christmas, one of the most religion based holidays out there, special?

It premieres tonight at 10PM and repeats at the same time on Fri., Sat., and Sun. this Thanksgiving weekend.

Whether it be observation or straight up gibberish, Key & Peele have brought a whole new set of vernacular to the forefront of slang.

According to Jordan Peele, there’s a lot of straight-up gibberish that comes from the mind and mouth of Keegan Michael-Key.

Watch their explanation on Conan here.

In the spirit of Halloween, Key & Peele present a kid that, like in many horror movies, has something terribly wrong with them. That being said, they’re still eligible for the Make-A-Wish foundation’s help…

…even though you’d never want to grant their wish.

While Key & Peele continues to kill it in their 4th season, titular stars Keegan Michael-Key and Jordan Peele already have their off show schedule filled up with so many projects. A reboot of Police Academy, a potential spin-off movie for their character Mr. Garvey, a movie with Judd Apatow, and a web series “Ithamar Has Nothing to Say”.

Turns out their first feature length project of all of those to get into production will be another film entirely that follows a cat being stolen by a gang entitled “Keanu”. As far as we know, it doesn’t refer to the actor Keanu Reeves, but we’d be surprised if it didn’t play into the story somehow.

New Line has set production of Keanu to start in spring of 2015 and will hopefully be the start to where we’ll all get to see Key & Peele in various formats year round.

On Letterman, Keegan Michael-Key and Jordan Peele explain their dynamic on Key & Peele that they divvy up between brains and the ability and willingness to take on an attack dog.

Wanna guess which one is which? Well, take a guess then see if you’re right and watch the clip here.

The seemingly innocuous task of shopping for a new mattress doesn’t necessarily have to be as dull as you think.

Anyone But Me by Sheila Carrasco (Live-stream)