There have been a lot of cancellations at Netflix lately, but you can rest a little easier knowing that Justin Simien’s Dear White People will make it through to next year. 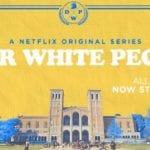 This is just a friendly reminder that you might want to (if you’re not already doing so) binge watch the new Netflix series, Dear White People, that everyone else is binge watching.

All the episodes started streaming yesterday.

Three years ago, the feature film Dear White People sent waves through the film festival circuit as a biting satirical comedy about race relations these days.

Now, the movie has been adapted for Netflix by the original film’s writer/director Justin Simien as a series and the trailer released this week seems like it will maintain the whip smart humor of the movie.

Good for Netflix in going, as far as we can tell, for the series order right away.

The satirical comedy Dear White People from Justin Simien will now be adapted into a TV series on Netflix. Simien is getting 10 episodes for this first season.

Given how much he was able to do with playing with racial tensions in a feature film, we can only ponder what he’ll be able to do with the latitude of a series on a streaming service.