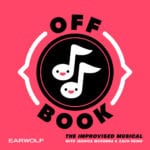 Once more, Off Book: The Improvised Musical with Jessica McKenna and Zach Reino will grace us mere mortals with their spontaneous lyrical and sonic genius on Friday May 11th at Dynasty Typewriter at the Hayworth Theater.

Just to be clear, McKenna and Reino will improvise a fully fleshed musical out of thin air with accompaniment by Scott Passarella, a go-to in piano accompaniment in musical improv.

Tickets are $15 in advance and $20 at door. You can get tickets here OR you can enter to win a free pair of tickets that we happen to have here: http://thecomedybureau.dola.com/giveaways.

The rest of our listings for comedy shows, events, screenings, maps, open mics, and more can be found at www.thecomedybureau.com. 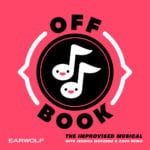 Jessica McKenna and Zach Reino are so good at improvising musicals that we honestly bet that someone who actually despises musicals might actually enjoy the podcast, Off Book: the Improvised Musical. From start to finish, with musical accompaniment by Scott Passarella, McKenna and Reino dazzle with making up a legit musical out of thin air and having it be funny from so many different angles at the same time.

Their latest live show will be at the end of April, specifically Sun. April 29th at 7PM at Nerdmelt at Meltdown Comics. Tickets are $10 and they will sell out. Get them here. 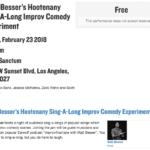 The hosts of improv4humans, Off Book: The Improvised Musical, and Comedy Bang! Bang! plus Horatio Sanz are all coming together to have one wondrous night of sing-a-longs and improv.

Matt Besser’s Hootenany Sing-A-Long Improv Comedy Experiment is FREE and all you have to do is show up at UCB Sunset this Friday.

R.I.P. Alison Rich, Nicole Byer, and Jessica McKenna’s sketch series that we wish had more time to get on its legs because there was definite promise in the show.

We’re sure that you’ll be seeing the three of them elsewhere on big and small screens very soon. In fact, Nicole already has her own show coming out on MTV, Loosely Exactly Nicole. 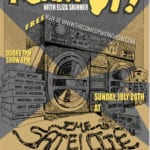 “Comedians face off in series of one-on-one rap battles – totally freestyle, totally improvised. The audience decides the winner
by applause at the end of every round, until we have one final champion. It’s like 8 Mile, but funny.”

This will be a taping for Seeso’s Comedy Show Show. 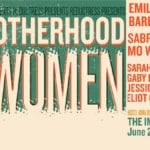 Tickets are $15 with a two item minimum and you can get them here.

Today’s the day! #PartyOverHere premieres tonight at 11/10 on @FOXTV. How orgasmic indeed. pic.twitter.com/eM4mBYrnSm

However you watch it, we highly suggest that you don’t miss out.

Fox will finally be joining the ranks of late night once again, this Saturday, March 12th, with a brand new sketch show, Party Over Here.

Alison Rich, Nicole Byer, and Jessica McKenna along with the guidance of The Lonely Island and Paul Scheer are going to bring what seems to be a more fast paced, fourth wall-breaking version of sketch to television.

Get your first look at what they all have up their sleeve here.

Though it’s going to air on Saturdays, it’s not going against SNL.

Party Over Here, which is also the name of The Lonely Island’s production company, will be the new late night sketch show that will run on Fox’s schedule. For years, Fox didn’t have any late night programming to really speak of and let their last sketch series, Mad TV, live in the shadow of what all its cast did after the show ended (i.e. Key & Peele).

This time around, Fox has plenty of comedy fan buzzworthy talent in the ranks of Party Over Here. Not only are The Lonely Island (Andy Samberg, Jorma Taccone, and Akiva Schaffer) executive producing the series, but Paul Scheer is directing and the aforementioned Nicole Byer, Jessica McKenna, and Alison Rich, who have all gained comedic notoriety on their own over the last few years, are headlining the cast.

The series is set for a Sat. Mar. 12th premiere at 11PM and will very notably not air against Saturday Night Live. Party Over Here will only be a half hour and also not broadcast live.

All of those moves are probably for the best.