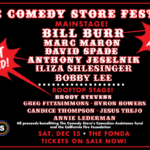 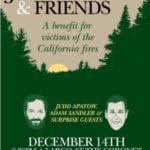 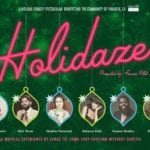 With the horrific damage that the fires took on California, there are plenty of big, fantastic benefit shows coming up that will raise money for victims of said fires.

If you can swing it, you should go to all of them as they’re all very stacked line-ups and, in the spirit of the holidays, it’s a great opportunity to give to people very much in need.

It seems that there is legal precedent under California law for this suit to exist (the story would likely be much different if it was a private party or, perhaps, a free show), but this also looks like a very twisted, flawed understanding of how to bring about equality between the sexes by the men suing Shlesinger.

Men just can’t have enough, can they?

Whatever happens will be an important distinction for live entertainment, especially, in regards to comedy shows going forward.

You, however, can take a tiny sliver of solace in the fact that the plaintiff’s name is George St. George. 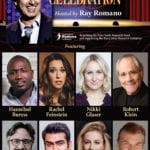 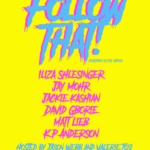 Basically, Follow That! pits comedians into having to follow the screening of heart wrenching, highly emotional videos. The emotional roller coaster that you go on combined with the inevitable curiosity that you’ll have to see what a comic will do after seeing a tearjerker is indeed pretty great.

The next edition of Follow That! is set for the end of this month and you can (and should) get your tickets here.

Well, late night is really getting shaken up this week.

On top of all of that, Iliza Shlesinger is getting her own weekly late night show on cable network Freeform called Truth & Iliza. She’ll be focused on a specific theme with each episode, then have segments, field pieces, etc. go from there.

Truth & Iliza is set to premiere on Tuesday, May 2nd at 10PM.

If you take a look at the late night landscape, it’s getting bigger than ever since more of cable has joined the fray with options diverting far from the traditional late night talk show format.

The three newly announced late night shows with Iliza, Klepper, and Atamanuik are sure to add to that growth. 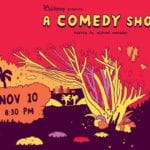 Spend a night watching a comedy show at a house in those Hollywood Hills.

Well, if everything goes according to Freeform’s plan, there will be three female hosts in late night.

Details are sparse at this point, probably because cable network Freeform sees that there is plenty of shows that follow the traditional late night talk show format and they want to work with Iliza Shlesinger to develop something that caters to her comedy.

So, thankfully, the boys club is becoming a boys club less and less everyday. 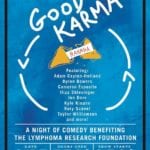 Tickets are $10 for general admission and $20 for VIP and you can (and should) get them here. 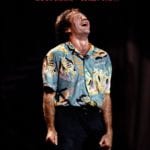 Netflix Announces Their Next Batch of Comedy Specials Including Ones from Ali Wong, Bo Burnham, Iliza Shlesinger and Jim Jefferies

You’ve got to wonder if any of the other big streaming services will try to keep up with Netflix’s comedy specials output.

It’s been a long time coming that Ali Wong has been gearing up for a special and the next special from the brilliant Bo Burnham will undoubtedly be a must-see.

Mark your calendars on the following Fridays:

It’s going to be another big music and performing arts festival week in San Diego for KAABOO from Fri. Sept. 18th-Sept. 20th and part of that big weekend will have a very solid comedy line-up.

Passes are going up fast. So, if you want to go, you better get yours now.

1) Why can’t we have something like the Eugene Mirman Comedy Festival here in LA? This sounds pretty fantastic and maybe you should donate to the cause…

2) Real Life: My Girlfriend’s A Bitch with Iliza Shlesinger.

4) So Kristen Wiig is the voice of Babs in this slightly disturbing reboot of Looney Tunes on Cartoon Network and will produce and star in a suicide themed comedy that focuses on a woman who fakes suicide to gain the attention of an ex-boyfriend.  We like this dark comedy streak by Wiig and hope it continues.

5) Remember when David Lynch used to do the daily weather? We’re surprised Lynch didn’t go the route of Rick Shapiro and his frequently posted and out of order Morning Meditations from Our Lady of No Thought Depot.

6) One of the more important things to note about GQ’s current “comedy” issue out on magazine racks now is that no one would know if it’s an issue about comedy if GQ didn’t tell anybody.

10) As reporting of Carmeggedon continues, people are calling the 405 the main freeway in LA. That’s bullshit. The 10 gets no respect? If you want a real Carmeggedon shut down the 10 freeway between the 405 and the 110. (I obviously drive too much and think about these things)