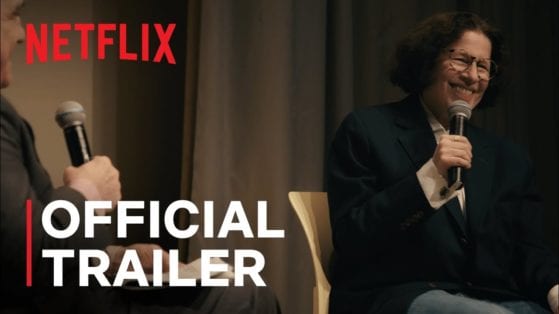 Martin Scorsese and Fran Lebowitz Made “Pretend It’s A City”, a Comedy Special(?) for Netflix

What makes a comedy special? Is it just simply having the network or streaming service behind it label it as such? Does it actually gaining critical acclaim for its humor count? Maybe the Golden Globes sticking in its comedy and/or musical category counts?

In any case, the boundaries of comedy specials get more and more blurred and comedy, as an art form, is getting all the better because of it.

Cue Netflix’s latest special(?) on deck, Pretend It’s A City. Directed and presented by legendary filmmaker Martin Scorsese, it features an on-going conversation between celebrated author and luminary Fran Lebowitz and Scorsese. One might not think that reads “comedy special” in the traditional sense on paper, but the trailer suggests a very humorous “in conversation” special that plays on the satirical philosophizing of Lebowitz and the metaphorical and literal lens of Martin Scorsese.

It’s not traditional stand-up or improv or sketch/characters, but the verve of Fran is admittedly enticing. Besides, Netflix’s last special was NATE, so they are definitely doing more than dipping their toes into deeper, uncharted waters with comedy.

See this all for yourself in the trailer for Pretend It’s A City here. Then, catch it next year/next week on Jan. 8th on Netflix.