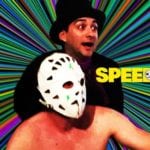 Speedface, the post-apocalyptic character/bit showcase hosted by Dr. Time**** and his “time prisoner”, and show namesake, Speedface are making a triumphant return this Sunday, March 4th at 10:30PM at The Pack Theater.

It should be the perfect palate cleanser for whatever happens at The Oscars this year.

As with all Pack Theater shows, admission is pay what you can! 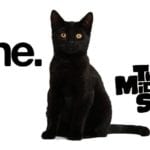 One of the hands-down, best sketch groups in town, The Midnight Show, for several years now, will be celebrating their 9th Anniversary this Saturday, August 5th at UCB Franklin at, of course, Midnight.

Get tickets for $5 as soon as you can before they sell out.

AOK Explores the Darker Side of Family Dinners with “Steaks!”

AOK’s latest shows the dangers of when family dinners deviate from expectations, especially when it comes to the particular family in this sketch. 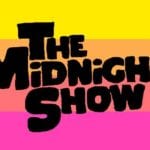 One of our all time favorite sketch groups, The Midnight Show, returns this Saturday at midnight for their long standing monthly residency at UCB Franklin.

Their very dark and very fast style just always hits the right nerve with us.

Tickets are $5 and still available, so get them right now, right here.

As you’re probably aware, Donald Trump has spoken well of Russian President Vladimir Putin much to the dismay of many Americans, especially at the time of this election.

So, AOK took it upon themselves to highlight how bad this mutual appreciation between these two loose cannons can really be with a very mutated version of the classic song Ebony & Ivory and an accompanying animated music video that’s almost as weird as that Japanese Trump ad.

Like all good art scenes, the LA comedy scene is always growing, changing, and evolving whether it be comedians moving up the ranks, new bookers shaking things up at some of the city’s most established clubs, or groups of like minded folks striking out on their own to do their thing.

The Pack Theater, which just opened up as full time comedy theater, looks to continue that pioneering spirit.

Founded by renowned improviser Miles Stroth, The Pack will have shows 7 nights a week that run the gamut of improv, sketch, stand-up, everything in between, and everything outside of that. There will even be opportunities for classes (taught by the likes of Stroth, Heather Anne Campbell, Eric Moneypenny, and Sam Brown just to a name a few of their faculty that are among the funniest in their comedic discipline) and open mics (that includes sketch open mics and improv jams as well as stand-up) to be inclusive for all levels of performers, an important aspect of existing as new comedy theater in Los Angeles.

For a few months, The Pack has already been putting on pretty swell shows with their aforementioned faculty, solid sketch and improv house teams, and some of the best all around comedians you get to know in LA. It really seems to echo the early, DIY, more rebellious days of UCB and, as you can probably guess, we’re excited to what else they’ve got cooking.

Best of all, all the shows will be pay-what-you-can for admission. 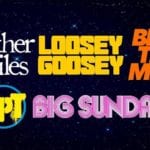 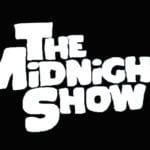 One of the best and longest running sketch shows at UCB here in LA is The Midnight Show. We just love how consistently dark and fast paced all of their sketches are and any of show of theirs is always worth catching.

Speaking of which, their May 2016 edition, May 7th, this Saturday at midnight, will have Chris Fairbanks hosting at UCB Franklin.