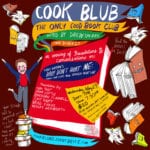 If you both desire the superiority that comes with being a member of a book club AND also don’t want to really put in the work to actually be in a book club AND want to see a great comedy show with LA comedy’s best and brightest doing the work of a book club for you, then Drew Spears’ Cook Blub might just be for you.

For this debut at Blue Rooster Art Supplies, fantastic line-up will be breaking down Chris Kattan’s SNL memoir “Baby Don’t Hurt Me: Stories and Scars from Saturday Night Live” (you’re free to read the book or not by the way).

Also, you’ll get to be part of a book club that meets in the back of an art supplies store, so you definitely will feel intellectually superior after attending.

Go get your tickets here. 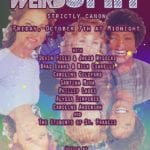 It’s experimental comedy at its best. Get more details and tickets here. The experimental variety show known as Cool Sh*t/Weird Sh*t is doing a ‘Sadie Hawkins’ show where they “women to ask men/women to do bits together”. It could be like the Sadie Hawkins dance that you hopefully went to in high school, provided that it was an unpredictable, but grand old night.

In any case, you can (and should) get your tickets for $5 here. 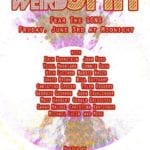 Cool Shit/Weird Shit avoids sketch, stand-up, or improv and, instead, aims for comedy that lives up to its name. This edition will feature a gong a la, presumably, The Gong Show.

Leann Bowen, a writer/director on UCB’s Los Angeles Digital Team, dreamt up the nightmare that would be an entire family having competing YouTube shows that they just had to do all the time, even if they’re eating dinner.

Thanks to everyone who came out to #coolshitweirdshit! This Instagram is a short photo essay detailing when we gave a car to the audience last night and new friend @ihave2hands got to drive away in it.

There’s a great new experimental variety show at UCB called Cool Shit Weird Shit hosted by Spears, Woods, and Cohen where comedians get to perform things that are best presented without precedent and can’t really be tacked on to most shows that are just stand-up, sketch, or improv.

The hosts themselves also do something cool and weird and in the interest of besting, relatively, Oprah’s car giveaway to her audience all those years ago, they actually bought a car to give to the entire audience in attendance at UCB Franklin this past Monday night.

As they could only afford a single car, the crowd will have to share and there was a calendar that was passed around in order to reserve a day to drive the free car.

According to them, there will be some sort of log they’ll be keeping as to the progress of the car. We’ll keep you updated as we get more details.

We can only hope that it fares a better fate than Hitchbot.