See Jim Carrey Lose Himself in Playing Andy Kaufman in “Jim & Andy: The Great Beyond”

1999′s Man On The Moon, which had Jim Carrey star as legendary comedian and performer Andy Kaufman brought Carrey to whole new level of method acting where he, seemingly, never stopped being Andy Kaufman whether on camera or off.

This documentary, Jim & Andy: The Great Beyond shows never before seen behind the scenes footage from the making of Man On The Moon spliced with interviews from modern day Jim Carrey commenting on what was going in his head.

For comedians, comedy fans, film buffs, actors, and more, this documentary gives a look, like you very likely have never seen before, of what really disappearing into playing someone else is like in real life.

Jim & Andy: The Great Beyond starts streaming on Netflix on Friday, November 17th.

Freaks and Geeks: The Documentary Coming in 2018

Freak and Geeks, the landmark sitcom that ended up being a launching pad for much of the comedic talent you see on TV and in theaters these days, is getting a documentary with both A&E and Morgan Spurlock on board.

You’ve now got time between this moment and a TBD premiere date for this doc to, at the very least, watch the series that ended unfortunately far too soon.

It really takes a special kind of comedian to be worthy of a documentary that puts their life, both on and off stage, under the microscope.

Gilbert Gottfried is definitely one of those comedians.

The upcoming documentary Gilbert from Neil Berkeley will not only looks into the long, winding, storied career of Gottfried, but show what he’s like in between being the unmistakable voice on stage and screen. In fact, you get to hear what his real voice sounds like.

Watch Trailer for “Dina”, a Doc That Attempts to Be a True Life Rom Com

In general, most romantic comedies that hit your local multiplex are far removed from reality in almost every aspect. Such fantastical notions of how dating, relationships, love, sex, etc. are supposed to work do serve the purpose of escapism, but they don’t really reflect what a love story might work in the real world.

That’s where the documentary Dina from Dan Sickles and Antonio Santini comes in as it’s a documentary following the real life eccentric couple of Dina Buno and Scott Levin falling in love.

See for yourself how sweet real love can still be in the trailer here, then look for its release on October 6th.

Watch Trailer for Hari Kondabolu’s Documentary “The Problem With Apu” Exploring the Problematic Nature of The Simpsons’ Character, Apu

In 2017, you’re hopefully aware of the issues of cultural appropriation and diverse representation on screen.

Apu, the long running Simpsons character, is a flashpoint for such issues as he is voiced by a non-Indian actor, Hank Azaria, in a way that many Indians find offensive and belittling, especially given how revered The Simpsons is a TV show.

So, Hari Kondabolu felt he needed to make a documentary focusing on this very subject. Thus, The Problem With Apu was made.

The trailer definitely makes you rethink how you watch The Simpsons if you weren’t already.

Look for the documentary to air on TruTV this fall.

Throwing Shade, the popular podcast and TV series as opposed to just the act, are adding a documentary following a recent live tour that they embarked across North America.

The hosts, Erin Gibson and Bryan Safi, are the driving force behind Throwing Shade’s success. As such, catching them on and off stage is worth a whole documentary from director Michael Blieden.

Get a taste of what that’s like (as well as what it’s like to tour as a podcast these days) in this trailer.

Then, look for Throwing Shade Live to stream on Vimeo-on-Demand for $2.99 this Thursday, June 8th.

The notion of a dark past feeding into the material of a comedian is such well-trodden territory that the nuances and specifics of it are now often overlooked. It’s easy to say that comedians are, in some way, broken (that’s not always true by the way), but their singular experiences paint their persona, delivery, perspective in subtle, yet very powerful ways.

Billy Bonnell, who is now a local LA comedian, had a particularly dark childhood and this touching mini documentary, Class Clown, made by filmmaker Nick Cavalier, shows how Billy specifically dealt with that pain and channeled it through to his comedy, which we happen to enjoy.

“dumb: the story of big brother magazine” Is Coming to Hulu

While Big Brother magazine was a trailblazing magazine for skateboarding, it was also a platform from which a whole subculture was launched. Jackass, CKY, and a sense of prankster viral videos way before YouTube was ever a thing all came with Big Brother.

‘dumb’ tells the story of this magazine and this trailer shows how crazy this story is.

Look for it to start streaming on Hulu starting June 3rd. 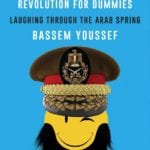 This week, you can get a double dose of Dr. Bassem Youssef, often referred to as the Jon Stewart of Egypt, here in LA.

On Wednesday, April 5th 7:30PM at The Vista, Cinefamily will be presenting an off-site screening of the documentary Tickling Giants by Sara Taksler that follows Youssef’s time as a popular satirist in a turbulent Egypt. Taksler, Youssef, and Larry Wilmore will be in person doing a Q&A following the screening.

On Thursday, April 6th at 8PM at the Freud Playhouse will be having an Evening with Bassem Youssef, brought to you by Book Soup, that will discuss his book Revolution For Dummies: Laughing Through the Arab Spring.

Tickets for the screening of Tickling Giants are $14 and $15-$38 for the ‘Evening with’ and you can (and really should) get them here and here respectively.

Baron Vaughn Made a Documentary Special About Finding His Father, “Fatherless”

When it comes to comedy, one of Fusion’s favorite things to do is documentary specials hosted by or focused around individual comedians.

Their latest docu-special will come from the marvelous Baron Vaughn embarking on a search for his absentee father. Called Fatherless, you can get a glimpse of the long and winding road that Baron takes in this trailer

Fatherless premieres on Fusion on Sunday, April 2nd at 9PM.

The loss of Garry Shandling last year was devastating. The reverberations of his work are still being widely felt throughout comedy, especially when it comes to The Larry Sanders Show.

To honor his legacy, writer/director/producer Judd Apatow will be making a documentary about Shandling. In fact, Apatow is looking for any photos, videos, etc. that might help in the making of said doc.

No details as to when or where this might be released, but we will update you as soon as we can.

Did this “accidentally” happen or is someone at Netflix just having the right amount of fun making a feature length meme montage?

Without a doubt, one of our favorite web series of all time is Henry Phillips’ Henry’s Kitchen.

The anti-cooking cooking show is one-of-a-kind and filmmaker/comedy documentarian Scott Moran got to catch the story of how the whole idea behind Henry’s Kitchen came about for JASH.

Fahim Anwar has climbed his way up the stand-up comedy ladder over the last few years, getting to the point of getting to do stand-up on late night regularly.

At this point, Fahim also wants to bring his alter ego, the dance crazed Lance Cantstopolis to where he is. Already, he has gone on stage, fully in character, denim, dancing, and all, and has done pretty well for himself. Just look at the documentary, Outta Nowhere, Fahim made for Lance that has Jeff Ross, Mary Lynn Rajskub, Bobby Lee, Chris D’Elia, and Neal Brennan all talking him up.

Watch and judge for yourself how close Lance and Fahim really are.