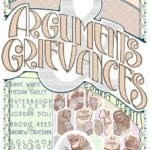 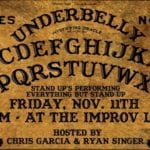 Sure, getting a comedy album called Dead Waite that was just released on Halloween seems like the perfect intersection between this holiday and stand-up comedy.

You should also know that the brand new hour of stand-up from goofball extraordinaire Dave Waite is one hell of a good comedy album. Dave has really honed his style that is completely self-aware of his cool silliness vibrating through every minute and reveling in it.

Just see for yourself in these great animated clips  (animation by Alex Leeds) on saying “goddamn” and wanting to be an archeologist as a kid.

So, get Dead Waite off of On Tour Records, not only because the title fits in nicely with Halloween, but also because you want some damn good comedy regardless of what day of the year it is. 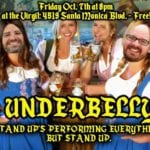 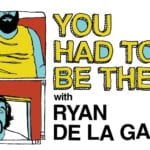 Comedians interact with random strangers through the lens of a webcam while live on stage, which leaves plenty of room for hilarious chaos to ensue on You Had To Be There.

Host Ryan De La Garza has Dave Waite, Baron Vaughn, Josh Androsky, and Dave Ross lined-up so far to guide us through whatever the Internet will throw at us.

This edition of You Had To Be There is set for Monday, Sep. 19th at 9PM at Nerdmelt Showroom (7522 W. Sunset Blvd., Los Angeles, CA) and you can (and should) get your tickets here.

Fresh off the presses of Stand Up! Records, the incredibly funny Dave Waite has a brand new album Hotdoggin’, which we recommend you make your next comedy album purchase

As the title suggests, Dave keeps a free wheelin’ spirit running through his stand up that’s one hell of a fun time. Pick up Hotdoggin’ here.