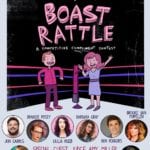 The show where comedians try to out compliment each other is back!

Boast Rattle, perhaps one of the more positivity driven comedy shows that there is, has its latest edition coming this week at Dynasty Typewriter and, per usual, it will be a doozy.

Tickets are $10 online (and $15 at door). Save some clams and get your tickets right now right here. 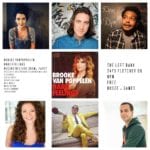 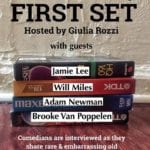 You might know Brooke Van Poppelen from her charming co-hosting gig on Hack My Life or her appearances on @midnight. However, you should also be acquainted with her very own comedy as she is quite the stand-up.

By the time this debut album was recorded, Brooke has successfully planted herself as a comedian in all three of America’s big stand-up comedy hubs, LA, NYC, and Chicago. Her experience shows in her effortless stage presence and charisma in this debut album, Hard Feelings, making for a jolly ride through her set.

Also, it’s yet another solid release from Sure Thing Records out of Austin, TX.

Get Hard Feelings on Bandcamp, iTunes, and Amazon now. 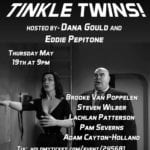 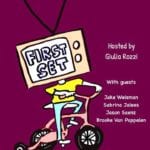 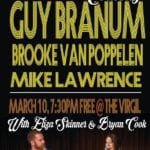 Big Money with Eliza Skinner and Bryan Cook at The Virgil (4519 Santa Monica Blvd., Los Angeles, CA) presents a special evening with a full headlining set from Guy Branum that will feature the fantastic Brooke Van Poppelen and Mike Lawrence.

In case you forgot, all of this is free.

The rest of our comedy listings including shows, open mics, and maps are embedded at www.thecomedybureau.com.

With all this talk of love in the air as this is the eve of Valentine’s Day, there is, of course, talk of love lost, break-ups, etc. With the talk of break-ups in that smaller fraction in the air, there’s an even smaller subset people that have broken up, though not from each other.

Instead, they’re in a couple that breaks up from another couple.

That’s the idea behind Giulia Rozzi and Brooke Van Poppelen’s new web series Seeing Other People where Giulia and Brooke, each in their own happy couple with Tommy Pope and Patrick Hosmer, break-up with each other.

Give the first episode a watch here.

The very funny Brooke Van Poppelen from NYC was on The Late Late Show with Craig Ferguson.

We’re really glad to both see more stand up on late night as of the past few months (go check Conan, Ferguson, Letterman, Arsenio, etc.) and it’s comedians like Van Poppelen getting to take the stage.