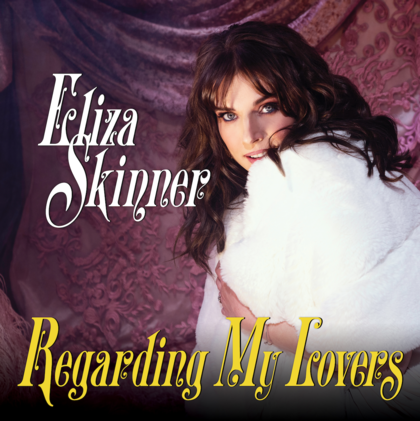 Many folks in comedy say they are multi-talented or they’d describe themselves as a multi-hyphenate. Yet, few comedians are truly as multi-talented as Eliza Skinner. There isn’t a facet of comedy we can think of that we haven’t seen Eliza excel at in the decade that we’ve seen her go up all over the country. Her comedic expertise stretches through stand-up, improv, sketch, musical comedy, writing, podcasting, puppets, and more and always features her candor and vulnerability in a hilarious way.

Skinner’s debut album, Regarding My Lovers, carefully highlights Eliza’s wide range with very personal stand-up and a handful of original songs recorded in studio that are an epic journey in their own regard. The album title, which is usually a reference to one line in a comedy album or special, is actually quite spot on as Skinner dissects so many of her past relationships and plays specific vignettes of them in hilarious bits. We’ve enjoyed Skinner’s comedy for so long that we are thrilled that she has a full length album out now to really show off everything we’ve said here.

Eliza Skinner: Regarding My Lovers is out today, fresh from AST Records here. You can stream it too on your favorite streaming platform here.