Within the Loren Bouchard-iverse, we’ve been wondering what sort of fate and several ingenious musical numbers would be coming for Central Park in this latest season. The wait to see how meta they’ll get and what possible genres of song (this is very much the best musical series since Crazy Ex-Girlfriend) they’ll explore this time around (the rap number about Weehawken is pretty stellar) is nearly over. Also, if you’ve been jonesing for more Kathryn Hahn or the original cast of Hamilton, your time is coming very soon too.

Season 2 of Central Park is set to kick off on Fri. Jun. 25th on Apple TV+ (though it probably won’t be all the episodes at once) with new episodes being dropped weekly. Until then, you can get a sonorous preview of what’s to come with these new episodes in this Central Park Season 2 Official Trailer here. 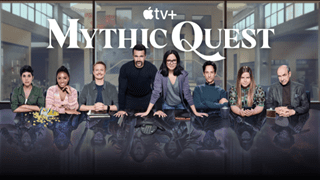 In the years since Jon Stewart’s departure from The Daily Show, the late night world has expanded, gotten way more political, and even more diverse if you can believe it (though Patriot Act with Hasan Minhaj not getting renewed and the arrival of Gutfeld! doesn’t help).

Stewart is now on the verge of returning to behind(?) a desk to dive into specific issues in a way that doesn’t seem too dissimilar to former Daily Show colleague John Oliver and his award winning Last Week Tonight.

It is actually interesting that this announcement does come on the heels of the premiere of Fox News’ very own nightly late night talk show this week with their funny(?) pundit, Greg Gutfeld. Stewart’s return doesn’t happen until later this fall, but it’s hard to not see how polarized comedy has become when it comes to being topical. Now, to be fair, we don’t know the how or the what in regards to tone, execution, etc. that will be brought with the cheekily named The Problem with Jon Stewart, especially now that Trump is an ex-president. Stewart remains a much missed voice in the arena of political comedy and late night and one has to wonder what sort of Jon are we going to get.

Again, like most things with this particularly insane time in human history, we’ll just have to wait and see. 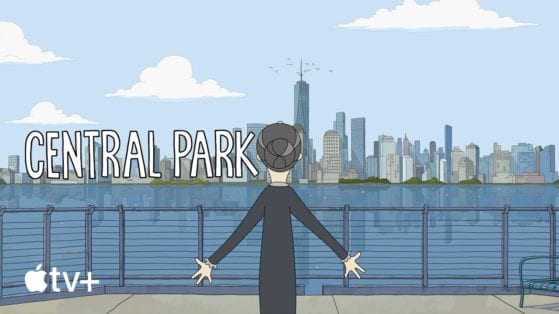 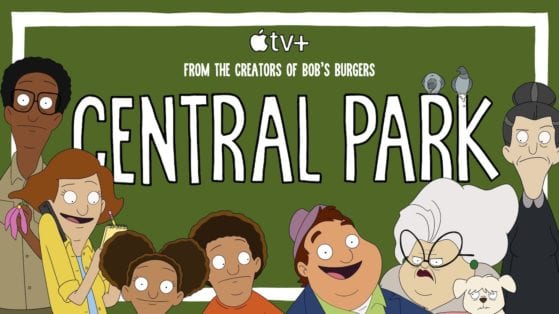 Very quietly throughout this time in lockdown, Loren Bouchard has been building his animated comedy empire. Bob’s Burgers place in the pantheon of beloved adult animated series is more than secure while currently airing its 11th season. The Great North, which he EPs and is co-created by the Molyneux Sisters (with whom Bouchard has dutifully had among his top ranks at Bob’s Burgers) is getting its footing quite nicely as another feel good, yet delightfully and wonderfully strange family comedy.

Now, Central Park, which Bouchard co-created with Josh Gad and Nora Smith, is just about to premiere its second season on Apple’s exclusive streaming service, Apple TV Plus and, officially as of today, has been tapped for a third season. As Loren calculated in a tweet, that renewal equals almost 30 new episodes of the sensational community focused, edu-taining, meta, musical comedy and well over a 100 new songs.

Do yourself a favor if you need a pick me up (even if you’re not a “musicals” person) and give Central Park a shot in your quarantine binge watch queue.

You’ll be able to get into the second season of Central Park and sing along with dozens of songs starting Fri. Jun. 25th.

Seasons 2 and 3 of Central Park mean 29 more episodes, and something like 115 new songs. 115! The people who make this show dazzle me with their talent and ambition and will. Apple and 20th have shown their will too. I’m honored to be a part of something with this much chutzpah. 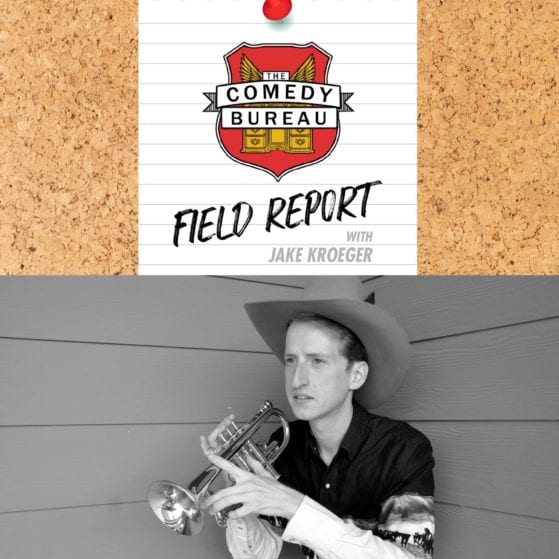 You might have come across the magnificent comedy of James Austin Johnson via one of many spectacular, spot-on, yet absurdly bent Trump impressions, but one ought to know that Johnson has been offering up hysterical flights of absurdist comedy fancy for several years (even some of which was captured on our TCB compilation album). Johnson zooms with TCB’s Jake Kroeger about balancing the forced rest from live comedy due to quarantine, finding his way to being one of the best Trump impressions in all of comedy right now, and maintaining the madcap game show podcast he co-hosts, What Things Are What Things. Also, hot takes on the new Pryor biopic, Cuomo/de Blasio getting sued by small venues, Jon Stewart’s new gig at AppleTV+, and Borat: Subsequent Moviefilm.

Oh, unfortunately, Jake didn’t have hiccups this week because he is recovering quite nicely from his emergency appendectomy. 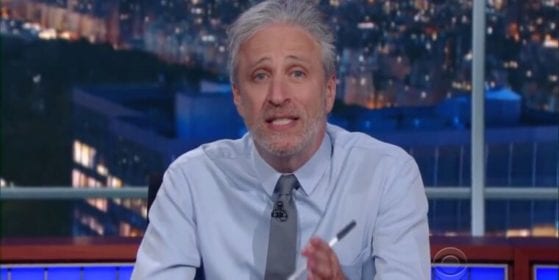 Jon Stewart handed over the keys to The Daily Show to Trevor Noah in 2015, which many folks found strange considering that’s when Trump was ramping his presidential campaign around then. Stewart took time away from hosting anything or appearing on anything for that matter. There was the occasional cameo on The Late Show with former Daily Show with Jon Stewart correspondent Stephen Colbert, but Stewart has spent the majority of his time with his family, engaging in advocacy for various causes like benefits for first responders, and trying his hand at directing with Rosewater.

Now, at the potential dusk of Trump’s presidency, Jon Stewart is set to return for a brand new series that he will indeed host and EP over at Apple TV+. It’ll be topical, be one hour, and be more broadly focused rather than making fun of cable news as was the nightly mission during his tenure at The Daily Show. Late night and political/topical comedy has vastly grown and changed since Stewart had the reins to his own show, but it will be undoubtedly one of the highest profile returns to TV in recent memory.

As to whether Jon will keep the beard he has maintained since his exit from Comedy Central, that has yet to be announced.

Unlike Disney+, Apple TV+ hasn’t exactly gotten to ride the coattails of something like The Mandalorian. Perhaps, this super charming musical animated series from beloved Bob’s Burgers creator Loren Bouchard might be the thing to put Apple TV+ on the map.

There are clever songs with animated dance numbers, the comfort and familiarity of Bouchard’s aesthetics from Bob’s Burgers, and even Stanley Tucci voicing an evil 1%-er in the vein of a Captain Planet villain dead set on paving over Central Park to build more NYC high rises. See all of this for yourself in the newly unveiled trailer.

Certainly, we’re very on board to see what Central Park is all about. We’ll look forward to May 29th when it premieres on Apple TV+.

While it’s been a bit of clunky start for Apple TV Plus, this is a huge get for them and we can only hope that Apple makes good on putting their money on Julia Louis-Dreyfus and that Julia will get to EP and star in something(s) that will usher in what could be considered a third golden age of JLD (the other two being Seinfeld and Veep).

It’s hard to not watch this trailer for Apple TV+’s new comedy Mythic Quest: Raven’s Banquet and think of It’s Always in Sunny Philadelphia (it gets posted as a credit) and imagine the episode title reading “Mac Ruins a Video Game Franchise”.

What’ll be interesting to see here is how much of those It’s Always Sunny sensibilities stay intact for this series over at Apple TV+, who we’re sure are doling out big bucks to produce this show and snag the likes of McElhenney and company and are definitely a different beast than FX.

Also, it should be noted that Aparna Nancherla gets to show off how great she plays an apathetic employee once more. Hopefully, that happens plenty during the whole show.

For our money, one of the much more intriguing offering from Apple’s streaming service Apple TV Plus is an American immigrant anthology series that will come from the pens of Kumail Nanjiani, Emily V. Gordon, and Lee Eisenberg (The Office).

Kumail and Emily of course not only were a couple that co-ran The Meltdown with Jonah and Kumail for years, but really shot themselves into the spotlight by writing the beautiful and very funny The Big Sick based on how they met.

Little America will follow several different immigrants and their experience in arriving and living in America for all the different sorts of things that could mean and this trailer hints at the series having the sort of the great heartfelt, dramedy vibe of The Big Sick.

See for yourself in the trailer for Little America and then look for it on Apple TV Plus on Jan. 17th.