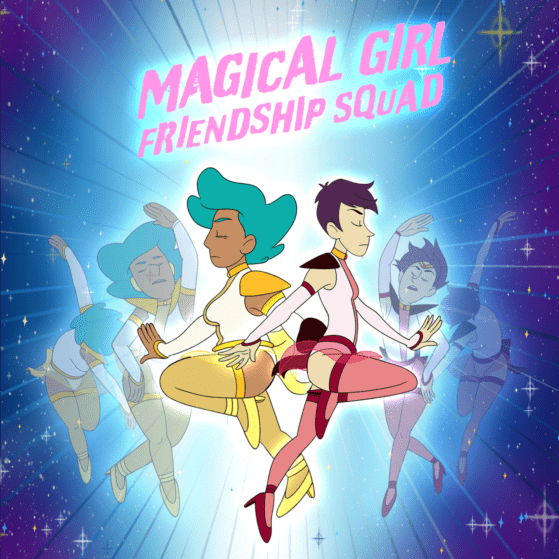 SYFY’s Magical Girl Friendship Squad Has Quite the Cast

Before we even get into the series’ premise, for something that was part of a late night animation block on SYFY that’s now getting upgraded into its own short-form series, it has a pretty stacked cast:

The series leads are Quinta Brunson and Anna Akana along with regulars Ana Gasteyer and Matteo Lane.

Pretty swell for a show that only has six 15 minutes episodes ordered, right?

With such a cast, we’re very, very intrigued to seem them in an anime comedy that has “two young women, Alex (Brunson) and Daisy (Akana), who are destined to save the Universe…as soon as they figure out how to pay their rent.”

This could raise the profile of SYFY and their late night Adult-Swim-ish animation block TZGZ where Kelsey Stephanides’ Magical Girl Friendship Squad got its start. It also could further SYFY’s reach into comedy, an area they’ve been seemingly flirting on and off with over the years whether it be with the sci-fi/pop culture series Reactor or the genre bending Happy starring a deranged Christopher Meloni.

We have no doubt that animation will be a big part of new (and old) shows and content that gets made while this pandemic continues on and, as such, we like seeing things like Magical Girl Friendship Squad be part of SYFY’s programming slate.

“Laughing Matters: The Funny Business of Being Sad” Doc Short Follows Many of Your Favorite Comedy Folks and Their Journey in Dealing with Depression

This very riveting documentary short Laughing Matters: The Funny Business of Being Sad from SoulPancake, Funny or Die, director Mike Bernstein, and producer/editor Georgia Koch shows how depression has woven its way through the lives of many of your favorite comedic writers, actors, and stand-ups and how they’ve managed to cope.

It is indeed #WorldMentalHealthDay and it’s especially worth watching today, but how Laughing Matters effectively navigates the thread of everyone journey with depression, anxiety, and more in this doc is pretty amazing and worth a watch at any time. It’s yet another reminder of how prolific issues with mental health are and why it’s important to take care of it and to know that you’re not alone in how you feel (even though it might feel that way)

You can (and should) watch it here.