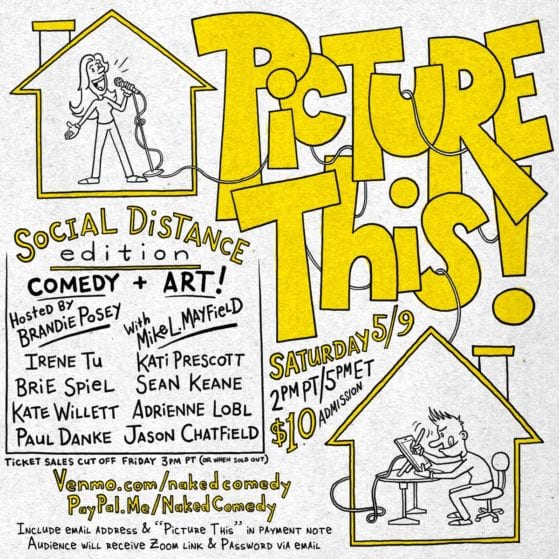 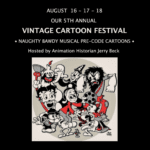 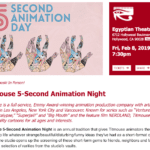 Renowned (just look at those credits above) animation house Titmouse is having their annual let-the-animators-do-whatever-they-want night next month at the Egyptian Theatre in Hollywood. It’s truly beyond your wildest imagination especially because of the short-form nature of all the ideas.

Tickets are $12 and you can (and very much should) get them here. 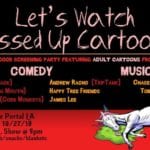 An inflatable screen, a DIY picnic area outside of an animation studio, and a bunch of wondrous, as stated, “messed up cartoons” is what makes Let’s What Messed Up Cartoons a pretty damn memorable evening (perhaps, one of those only in LA sort of happenings?).

In any case, it should be one of the stops on whatever you’re doing this Halloween weekend. Get more details here.

While the anthropomorphizing of animals isn’t anything new, it’s usually reserved for children’s tales.

However, the last few years has brought plenty of great animated dramedy that tangle with more nuanced adult issues such as existential despair, complicated relationships, etc.

Phil Matarese and Mike Luciano’s Animals on HBO is one such show and the teaser for their second season looks like it’s promising more exquisite examining of the human condition in the absurd framework of animals both big and little.

If you’re on board, mark your calendars for the season premiere on Friday March 17th at 11:30PM on HBO. 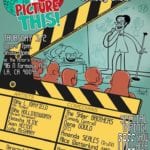 Picture This!, the comedy show that includes live, real time animation is getting a special taping next week.

Not only will you get to see The Sklar Brothers and Dana Gould do their brilliant comedy, but you’ll also get to watch amazing animators like Mike Holliingsworth, Luke McGarry, and Natasha Kline drawing along with their jokes and stories as they’re being told.

The taping is free to attend and will be at The Actors Company. More details here.

Mike Judge has done so much post-animation with Idiocracy and Silicon Valley and this WGA Lifetime Achievement Award for Animation is a great reminder that Judge also brought King of the Hill and Beavis and Butthead to TV during the animation period of his career.

This is probably the first of multiple lifetime achievement awards that Judge will receive in the years to come.

And Now We Give You “The Horse Raised By Spheres”

Other than that, we don’t want to say anything else and let you revel the wonder that is The Horse Raised by Spheres.

Certainly, there are plenty of oddities that take place during a city council hearing that has the floor open to any and all residents of that particular city. However, none are as great as the Fremont City Council meeting as done by Superego.

Kick off Monday correctly and watch an animated version (animation by Dan Hartshorn) of the Fremontians reconvening for pretty much anything besides actual town business.

The “Axes and Brains” bit from the very funny Myq Kaplan’s comedy album Meat Robot is already great, but now gets the animation treatment from Robert Potter, which, given Myq’s style of comedy is a perfect fit.

The live venue run by Nerdist Industries, The Nerdmelt Showroom, is further legitimizing itself from the numerous accolades and achievements it has gotten from being the site of the some best comedy shows in LA to seeing its flagship show, Meltdown with Jonah and Kumail, become a Comedy Central series to now having a school. Joining in the ranks of some of the more established venues in town like the Upright Citizens Brigade, there will soon be classes, for improv, sketch, writing, animation, storytelling, and more.

It was the next logical step for them to take after getting working A/C for being a venue in the back of a comic book store.

Watch Superego Podcast Get Animated at Adult Swim and Ask James Bond “How British Is M?”

Adult Swim has done us all a huge favor by bringing some of the unbridled hilarity of the Superego podcast by giving a visual element to it through animation.

Just take a look at a classic scene in which James Bond, Agent 007, is asked by M how British he is.