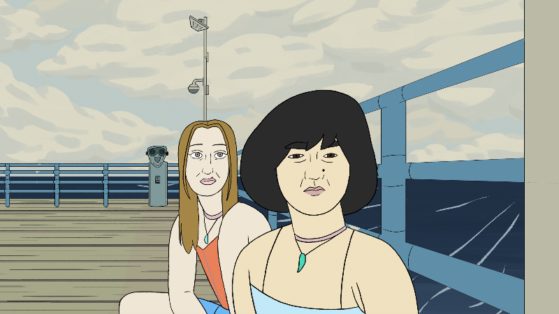 PEN15 Is Going to Have an Animated Special Next Month

Animation has been a saving grace for many a show throughout the last year and a half including No Activity and One Day at a Time and it looks as though that will continue to be the case as PEN15 has just announced that it will have an animated special due out next month.

Other shows have opted to try doing a special via Zoom (Mythic Quest did a pretty smashing job with that), but that can’t really be an option for PEN15 as Zoom has several years before being invented and dial up not being the only option for an Internet connection.

This very special episode will be technically be part of season 2 and titled “Jacuzzi” and is due out on Hulu on Fri. Aug. 27th. So, you will actually have a much needed hit of PEN15 while you’re anxiously awaiting season 3.

This does have us imagining, if they did have a functioning, open teleconferencing platform, Anna and Maya would waste most of their time turning their cameras on and off depending on how “secret” whatever secrets they’re divulging really are.