While The Feels from Jeneé LaMarque and Lauren Marks is a story about a lesbian bachelorette party with an awkward secret, the trailer for the movie promises a certain universal humanity that everyone can relate to.

Also, they’ve got a cast of folks whose name you should have already been on the look out for including Constance Wu, Angela Trimbur, Josh Fadem, and Ever Mainard.

If you’re into it from watching the trailer, look for The Feels in limited release on March, 9th. 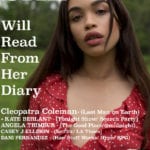 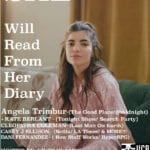 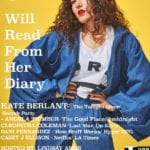 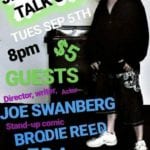 “The Pistol Shrimps” Documentary Gets a Trailer

Comedy and Women’s Rec League Basketball have intersected like they have never have before at The Pistol Shrimps.

Many women in the LA comedy community have found common ground by joining in on the same basketball league including The Pistol Shrimps that could be a powerhouse comedy troupe if it wanted.

Ultimately, this makes the game way more fun to watch. Where else are rec league games watched by a packed house and have members of Superego do commentary?

A documentary of this whole world was made, did the festival circuit, and has gotten picked up to stream soon at Seeso.

Here’s a taste of what’s to come in this trailer.

The latest episode of Esther Povitsky’s Cocktales at Above Average has Esther really get into the idea of spanking with great comedic actress and dancer Angela Trimbur.

In fact, they go way beyond just the idea.

Watch and maybe you’ll test your sexual boundaries in a safe setting with fully clothed friends too.

So, a Pistol Shrimps sitcom?

Comedy Central has just bought a project centered on an underdog all-female basketball team from Amanda Lund, Maria Blasucci, and Angela Trimbur who will also star.

It wouldn’t surprise us at all if the series would basically follow the real life events of the LA female rec basketball team known as The Pistol Shrimps, which has a roster including Lund, Blasucci, Aubrey Plaza and Stephanie Allynne as well as a dance team led by Trimbur.

Drunk History’s Jeremy Konner and Jack Black are also involved with the project that has the potential to line-up quite nicely with Broad City and Inside Amy Schumer.