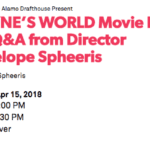 Of the things that you could get nostalgic about from the 90s, Wayne’s World is definitely something worth revisiting in a big, dark room with friends and strangers alike, followed by an Q&A with the director.

Get tickets here for that exact thing happening next Sunday at The Regent in DTLA.

Alamo Drafthouse Is Officially and Finally Coming to DTLA in 2018

Alamo Drafthouse Is Officially and Finally Coming to DTLA in 2018

Of the indie/arthouse theater chains around, the Alamo Drafthouse has seen success where many others have struggled. Moving to LA was part of a nationwide expansion enacted over the last few years due to their popularity in their original locations.

Though a ballpark timeframe for when Los Angeles would get its very own Alamo Drafthouse has been foggy for quite some time now, 2018 is the target for when Alamo Drafthouse will join the shopping/dining/working complex known as The Bloc in DTLA’s Financial District.

As Sundance Sunset Cinemas was recently given up to AMC, this announcement couldn’t come any sooner as you’ll now have an indie theater on the Eastside of town to watch those darling indie comedies and dramedies rather than hustling over to any of the ArcLights or The Landmark in West LA.

Also, Alamo Drafthouse does happen to have some of the best introductory videos that warn to not talk or text that get updated quite often as opposed to by the decade like most other theaters.

Alamo Drafthouse Enlists Janeane Garofalo for Latest and Greatest PSA to Not Talk, Text, Etc. at the Movies

As Alamo Drafthouse expands further and further across the nation, these PSAs explaining why you shouldn’t talk, text, or be on your phone in general seem to only get better and better.

Just watch their latest one with Janeane Garofalo that really gives a historical context to why you shouldn’t be on your phone during the movies.

It’s the 10 year anniversary of the film, but there also has never been a better time for American citizens to see this movie than now.

On October 4th, Alamo Drafthouse will be doing a special one-night only engagement screening of Mike Judge’s Idiocracy complete with a Q&A with Judge and the cast to be live streamed from the Aero Theatre in Santa Monica.

The drafthouse has theaters across the country and you can find where they are and get your tickets at the link above. 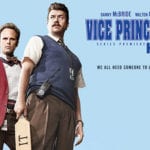 The Interview is now back on track for its original release date, Christmas Day, though just not with the expansive nationwide release that Sony had originally planned on.

As of this post, both the Alamo Drafthouse in Dallas/Fort Worth, TX and The Plaza Theatre in Atlanta, GA are set to give The Interview a run on their screens starting on Christmas Day.

According to The Hollywood Reporter, a Sony insider says that there are indeed plans for a VOD release, but further details are not available at this time.

So, hopefully, by the end of today, we’ll find that a bunch of other indie, art house theaters will follow and screen the Interview and we can, as a country, go back to watching and making movies without being intimidated by a foreign regime.

Dallas/Fort Worth’s Alamo Drafthouse To Do a Free Screening of “Team America: World Police” in Place of “The Interview” UPDATE: Screening Canceled

With Sony giving up on releasing Seth Rogen and Evan Goldberg’s The Interview in any way, plenty of folks, us included, are outraged. Even with threats that referenced 9/11, plenty like Judd Apatow were willing to go to theaters to see The Interview in theaters.

Leave it to one of the best theater chains around, Alamo Drafthouse, to do something about this. Their Dallas/Fort Worth location was planning on screening The Interview and will now do one free screening of Team America: World Police on Dec. 27th at 7PM.

For those of you not familiar, Team America was the last comedy, from Trey Parker and Matt Stone, where American forces take on a North Korean dictator known as Kim Jong-Il.

So, with this in mind, take President Obama’s advice on the whole matter and go to the movies and maybe chant “America, F*ck Yeah!” while you’re at it.

UPDATE: Paramount Pictures has pulled this and other screenings of Team America: World Police.  (via Deadline)

We can only hope this catches on and they do the same for something like Wolf of Wall Street.

Doug Benson has achieved the dreams of many in that he has just gotten a deal to make fun of movies across the country in one of the coolest theater chains, Alamo Drafthouse.