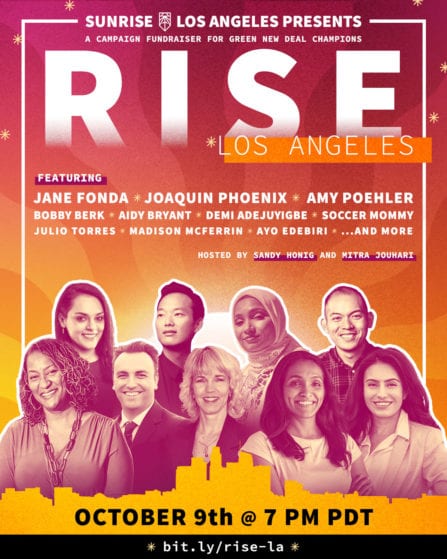 Hulu gave a straight-to-series order for this adaptation of Lindy West’s memoir, Shrill: Notes from a Loud Woman and will join Future Man and Ramy as Hulu’s original comedy line-up.

If you take a look at Hulu’s original comedies, you’ve got to appreciate their dedication to high-concept single camera comedies often starring women, especially given how selective they’ve been compared to their competition.

By the way, Bryant will play the lead, Annie, based on Lindy and also stay on at SNL, which we’re sure answers the wishes of many. 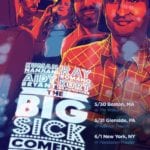 The Big Sick seems poised to be a big comedy hit this summer and, as such, there’s an accompanying live comedy tour with cast Kumail Nanjiani, Ray Romano, Aidy Bryant, and Kurt Braunohler.

One of those stops is here in LA at The Belasco Theatre in DTLA and tickets are on sale now for $61.50. Get them here.

While on last night’s Late Night with Seth Meyers, Aidy recounted the unusual way that Conner proposed, which, if we think about it, is probably how a lot of comedians end up proposing.

Also, keep in mind that the guy in this man on the street video is the Conner popping the question in this story.

Often times, when a man remarries, he goes for a woman that is younger, perhaps so much younger that it’s kind of ridiculous.

Amidst the din of online content, Vimeo, where High Maintenance got found, is getting its content wheels turning.

SNL’s Aidy Bryant will be writing and starring in a surreal short film where she works in a fabric store and is dreaming of finding love.  Drag queen and comedian Bianca Del Rio is also getting a stand-up special, which will be a first for Vimeo as well.

Given the company’s penchant for top shelf content, we’re really curious to see what they got cooking.

Watch Aidy Bryant, Chris Gethard, and Shannon O’Neill Confront The Fear of Being Touched With Things While Blindfolded

Even though he has his name on his own show now on Fusion, Chris Gethard still cedes much of the control as to what happens to him on The Chris Gethard Show to his staff in order to make their brand of great television.

Last week, that meant putting Chris in a very effective blindfold along with TCGS’ Shannon O’Neill and SNL’s Aidy Bryant and be tormented with coming into contact with various object, both inanimate or alive.

Watch it all go down here.

The Greatest Event in Television History Is, This Time, A Shot For Shot Remake of Bosom Buddies

Adam Scott along with Paul Rudd give one last go at The Greatest Event in Television History at Adult Swim by doing a shot-for-shot remake of the opening sequence to the sitcom Bosom Buddies.

Well, they might have just done it, the greatest event in TV history. Give it a watch in full here and see for yourself.