Adam Conover, probably best known as the host that “ruins” it all (i.e. enlightens with information where most of us just took things for granted) is going on tour throughout this Winter.

Called Mind Parasites Live!, we’re sure (well, pretty sure) there won’t be any actual brain-eating insects (though the inside of Adam’s brain in the poster looks pretty damn metal) and rather, a bevy of edutainment offered by one of the best in the game.

So far there are 24 cities and you can get your tickets right now. Do so here. 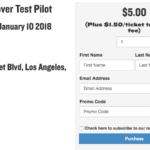 Adam Conover, the Adam of Adam Ruins Everything, has a new project up his sleeve. If you’re curious what that might be or just enjoy Conover’s brand of humor, you might want to head on down to UCB Sunset in the second week of January 2018 to see what he’s up to. 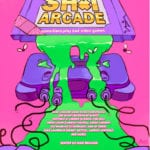 Mike Drucker’s gathering of comedians to play the worst video games that he could possibly find, Sh*t Arcade, is truly a joy to watch. The latest edition of the show is coming up next weekend and you really ought to not miss it.

Tickets are $10 and you can (and really should) get them here.
Also, if you’d like to win a pair of tickets and see the show for free, you can enter our ticket giveaway here.

Actually, things being ruined by Adam Conover rather than Trump sounds kind of nice.

Tune in to the season premiere at 10PM on TruTV tonight.

Here’s the Trailer for Season 2 “Adam Ruins Everything”

Now that we’re in a world where everything seems to get ruined every day, it’s a perfect time for Adam Conover to come back and thrive in his element.

So, in a couple of weeks, Adam will get back to work in season 2 of Adam Ruins Everything by ruining the ever diminishing amount of things that we, society at large, take for granted.

Get a taste of that here, then look for the season premiere on Tuesday, July 11th on TruTV.

Chicago’s 26th Annual Festival, put together by the minds behind The Onion, The AV Club, Clickhole, and TruTV, will be in its 4th year at the end of May/beginning of June and has a pretty fantastic line-up that includes a sneak peek of Nathan For You, Patton Oswalt, 35mm screening of Idiocracy with Mike Judge, Aparna Nancherla, and more.

Individual tickets are on sale now or, if you’d prefer, you can buy a festival pass for $310 here.

Many of you don’t even know the greatness that’s about to come with Guy Branum’s Talk Show the Game Show being made into a TV show, but, hopefully, you’ll know soon enough thanks to TruTV.

Today, via press release, TruTV announced its upcoming slate of programming and development that happened to have plenty of things that have us excited for the network in 2017.

With a Trump Administration looming, Adam Conover and his ‘bigly’ tendency to ruin things will be very nice to have for a sixteen episode second season of Adam Ruins Everything.

Guy Branum’s Talk Show the Game Show is a competitive talk show where guests have to compete to be the best, most interesting guest dealing with the sharp wit of host Guy Branum. It’s a gem here in LA that we’ve enjoyed for years and we can’t wait for the rest of the country to see what happens when guests can just rely on the story of their weird ride to the airport to get through a late night segment.

Sketch duo Austin Martinez got to incubate on Rachel Dratch’s Late Night Snack on TruTV and will now get upgraded to developing a series of their own. An animated family marijuana dispensary comedy from Martin Starr and Matt Bush is also in development.

In addition to that upcoming Bobcat Goldthwait anthology series, TruTV could have a pretty great 2017.

The first run of Adam Ruins Everything has barely scratched the surface of what we take for granted in our daily lives and then brutally and cleverly picking apart those pre-conceived notions. Host Adam Conover has even ruined death and we have a feeling he’s just getting started.

For instance, reality shows have yet to get dissected by Adam Ruins Everything… until now.

By the way, brand new episodes of Adam Ruins Everything start up tonight at 10PM on TruTV.

Love him or hate him (an order for more episodes suggests the former), Adam Conover is really good at being a informative killjoy.

From the looks of the new trailer of Adam Ruins Everything, Conover has a whole new array of things that we take for granted that he’ll meticulously pick apart with jokes and very slick production.

Look for the new episodes of Adam Ruins Everything on Tuesday, August 23rd at 10PM on TruTV.

Adam Ruins Everything Gives You The Truth Behind Mother’s Day

May 3, 2016
Uncategorized
adam ruins everything, mother's day, truth behind, trutv

Adam Ruins Everything doesn’t return until this Summer.

However, host Adam Conover made sure some things would be ruined in his absence and gave us the truth behind what drives Mother’s Day as a big annual holiday.

If you’ve been missing Adam Ruins Everything on TruTV, you can look forward to new episodes in August and you can watch Conover’s latest takedown of generational stereotypes and thinking, specifically in regards to millennials over and over until then.

No matter what generation you’ve been forced into, this is pretty great and informative.

TruTV Reups “Billy on The Street” for Season 5, Expands Season 1 of “Adam Ruins Everything”, and Orders “No Dumb Questions” Pilot

TruTV is smartly putting their money on some of the strongest shows in their programming line-up.

Though moving around a few places over the years, Billy on the Street proved that it’ll hold up at TruTV and is getting a fifth season with ten episodes of Billy Eichner screaming pop culture trivia and running in the streets.

Even more impressive is freshman series Adam Ruins Everything with Adam Conover getting 14 more episodes on the back end of their first season.

In addition to all of that, Emily Axford, who is frequently featured on Adam Ruins Everything, is going to host a pilot currently called No Dumb Questions that will see if people know the answers to questions that most would consider obvious, possibly even dumb.

The Season Finale of “Adam Ruins Everything” Is Tonight

DEATH IS COMING. So is the finale of #AdamRuinsEverything. One of them is tonight at 10/9c. (We hope not both.)
https://t.co/rWkyYLXe3O

This is just a friendly reminder that the final episode of season 1 of Adam Ruins Everything, part of the great, new wave of hilarious and informative TV shows that include Last Week Tonight and Going Deep with David Rees, is tonight.

Tune in on TruTV at 10PM and watch Adam Conover, apropos of a finale, break down death.

Somehow, Adam Conover Ruins What Happens When You Die

Adam Ruins Everything has taken on proposing, vitamins, sharing how much money you make, and more. With all of that under his belt, host Adam Conover is feeling like he can take on one of the most difficult topics, death.

Adam Conover and the team over at Adam Ruins Everything are here to save the day again. This time, they take down the gender bias of video games towards boys, which is the underlying cause that lead to the awful, shameful garbage that is Gamergate.

If you’re jonesing for Last Week Tonight during its current month long hiatus, you should try Adam Ruins Everything.