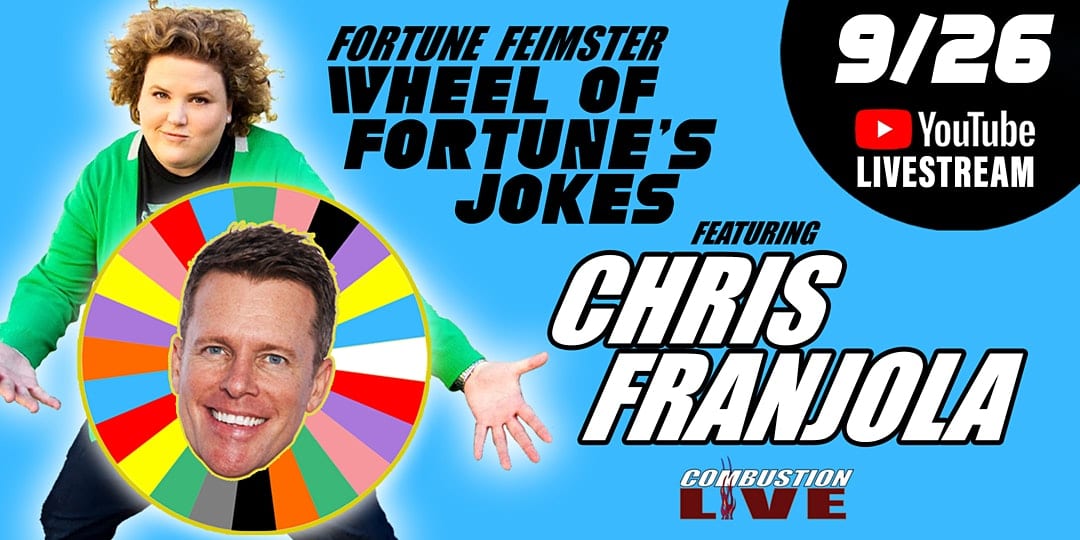 Combustion Live brings you the next installment of live comedy, with comedian Fortune Feimster. This show will be unlike any other– an interactive night of comedy and music, where Fortune will celebrate her birthday with friends, and perform whatever topics/jokes the big wheel lands on.

Stand-up comedian, writer, and actor, Fortune Feimster, first became known as a writer and panelist on E’s hit show Chelsea Lately, and then starred as a series regular on The Mindy Project.

Fortune most recently released a one-hour special on Netflix called “Sweet & Salty,” which has been met with great critical acclaim.

Buy tickets, then tune in on YouTube at 6PM PT/9PM ET.