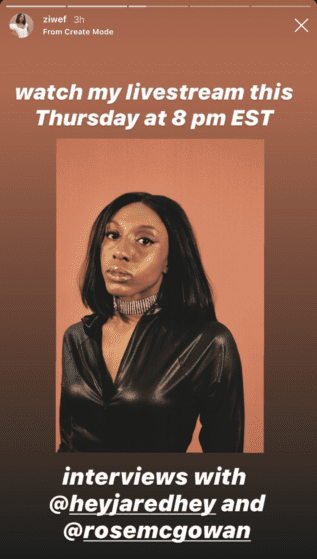 Pick of the Day: Baited with Ziwe Featuring Rose McGowan and Jared Goldstein 7/2

We have shouted out Ziwe Fumudoh‘s IG Live series Baited quite a bit. There’s a reason for that, which it is one of the best, most illuminating comedy live-streams that is happening. The way Ziwe keeps all of her guests in check in this chess game-like racial discussion is very likely one of the most engaging things you can watch on any screen anywhere. Like we’ve said before, it’s hysterical, wild, and crucial to the ongoing cultural uprising happening here in America and all around the country.

We’re highlighting Baited once again because Ziwe has gotten one of her biggest gets yet in actress/activist Rose McGowan along with LA comedy favorite, Jared Goldstein.  Truly, there are so many ways that their conversation can go, but we do know that it’ll very likely be the most riveting thing to watch on Thursday night.

Tune in to this edition of Baited with Ziwe on Thurs. July 2nd at 5PM PT/8PM ET at @ziwef on IG Live.