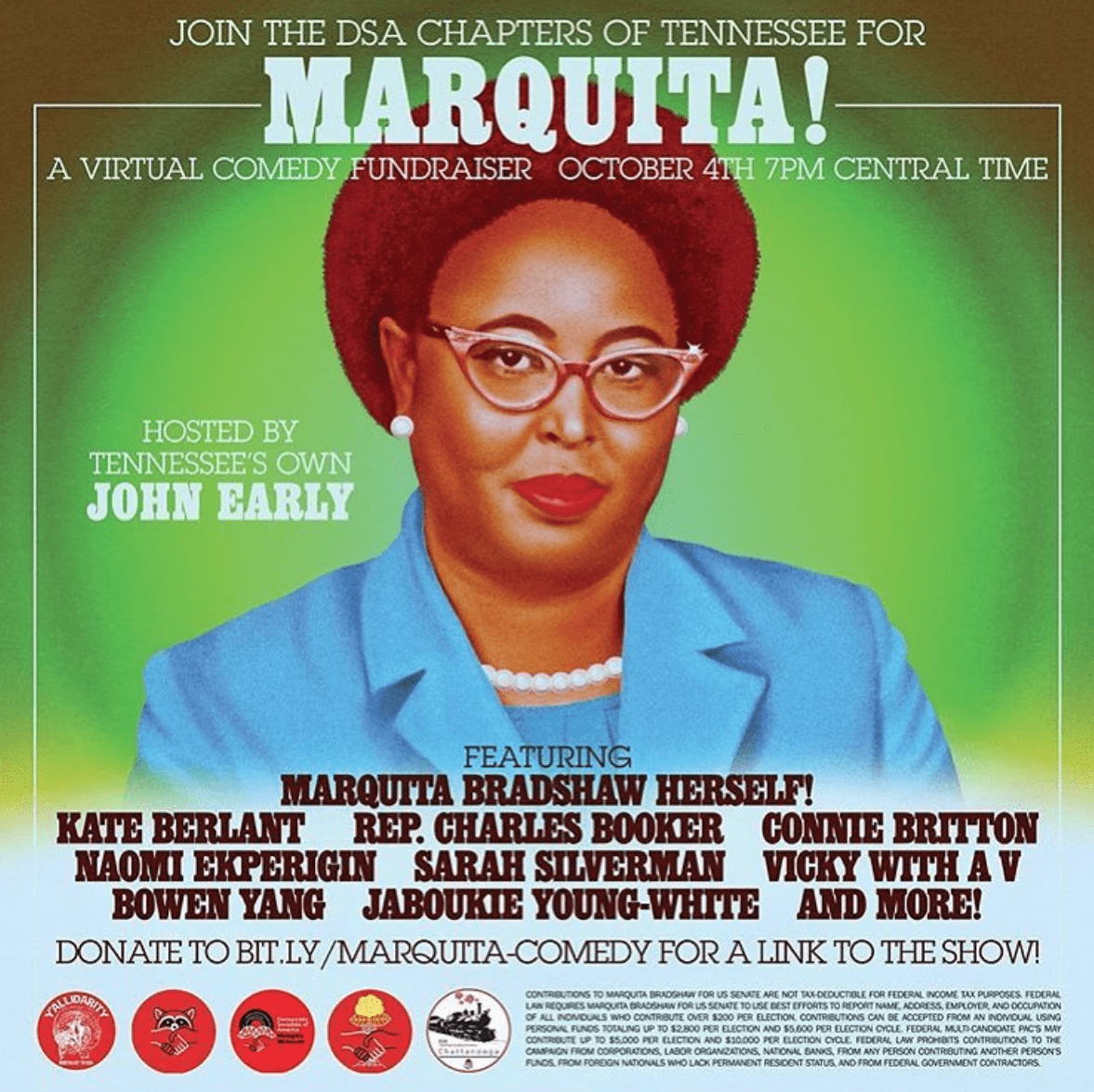 The DSA Chapters of Tennessee for

in support of Marquita Bradshaw and Her Campaign for US Senate

Hosted by Tennessee’s own John Early

Vicky with a V

Help us raise money for Marquita Bradshaw’s historic people-powered campaign for US Senate! With her stunning primary upset on a shoe-string campaign budget, running on progressive, redistributive policies (Green New Deal, Medicare For All, raising the minimum wage, universal background checks, overturning Citizens United) Marquita proved that when you go door to door and listen to working people in so-called “red states,” you win. With endorsements rolling in from Bernie Sanders, Elizabeth Warren, the Sunrise Movement, and all five DSA chapters of Tennessee, let’s keep her momentum going into the general election so we can turn another Senate seat blue and expand people’s political imaginations about who can win in Tennessee!