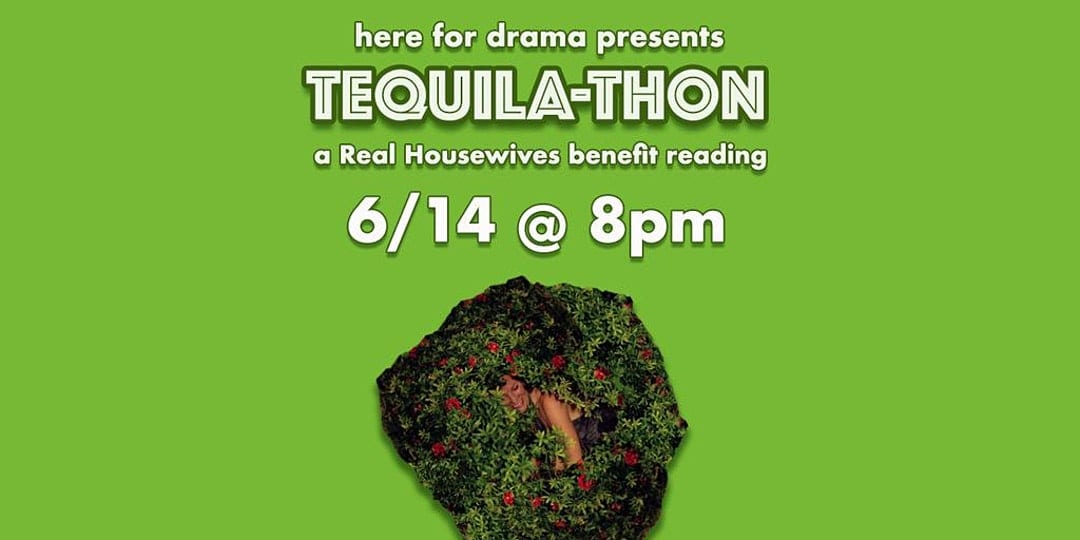 Here For Drama presents Tequila-Thon: A Real Housewives Benefit Reading, a dramatic LIVE reading of one of the best trips ever taken by Bravo’s Real Housewives of New York. Brace yourselves for chemically-peeled faces, arguments over bedrooms and who said what when to Page Six, self-inflicted stab wounds, poolside-catharsis, a Countess in a bush, a rose and a thorn, and the definitive explanation of the difference between Palm Beach and West Palm Beach. And, for those of you 21-and-over, a drinking game to play along at home if you’re so inclined!

A portion of the proceeds from this event will be divided equally between The Bail Project and Brooklyn Community Bail Fund via ActBlue as part of Progressives Everywhere’s bail initiative.