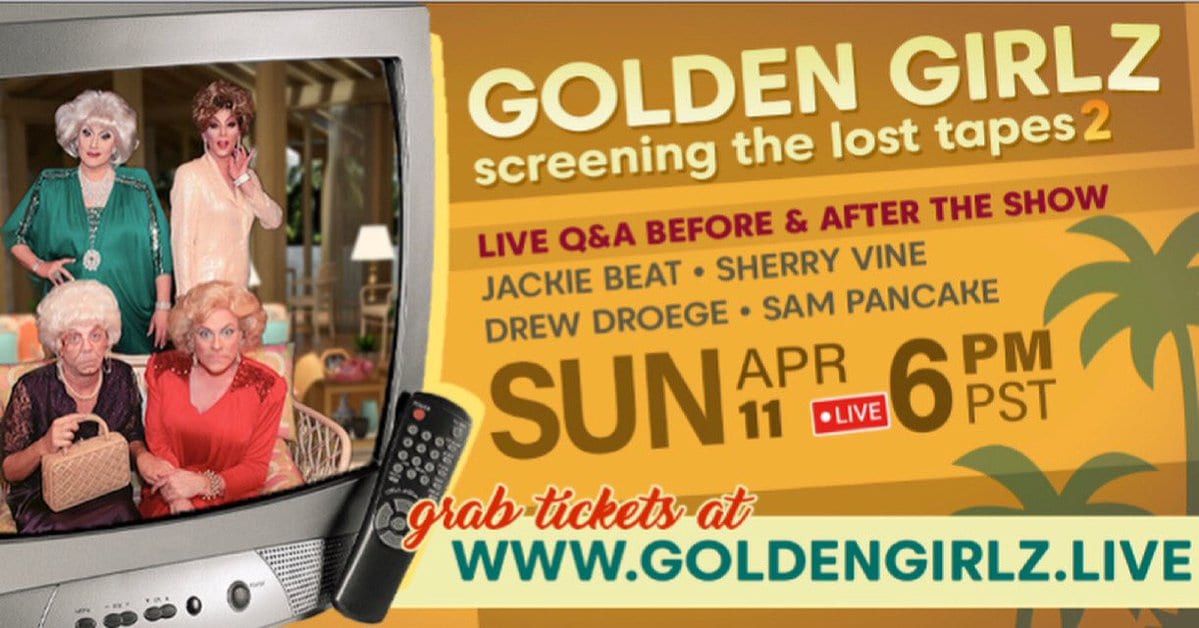 According to a recent poll the two things people miss most during this pandemic are casual sex and watching 4 hilarious Gay men dressed like 4 sassy older women who lived together in Miami back in the 1980’s. Well, guess what? ONE OF THEM IS BACK!

And it ain’t the sex…

WE HAVE UNEARTHED TWO MORE EPISODES OF THE GOLDEN GIRLZ LIVE!

Buy tickets/access here, then tune in at 6PM PT/9PM ET.

“Yes, We Have No Havanas” Blanche & Sophia are dating the same man and the sparks, and the insults, fly. PLUS an original “clip show” featuring the best scenes from all your favorite episodes.

So, whip up some margaritas, put on your favorite salmon & teal outfit and get ready to enjoy TWO MORE recently discovered episodes shot LIVE at the Cavern Club Theatre in Los Angeles. Thank God Blanche didn’t accidentally tape over it the last time Mel Bushman came over.

The last streaming event was a huge success so GET YOUR TICKETS NOW!