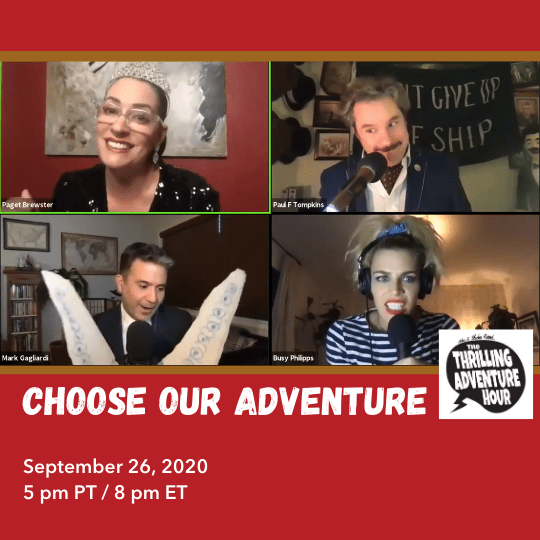 The beloved stage show in the style of old-time radio returns for a physically distant and emotionally snug performance in which YOU choose our scripts!

Tune in live to vote on which episodes of “Sparks Nevada, Marshal on Mars” and “Beyond Belief” the WorkJuice Players will perform!

And stick around after the show for the Thrilling Cocktail Hour, during which time you can submit questions to the cast, listen in on their conversations, and generally get silly.

Tickets are pay what you can! Get ’em here.