One Liner Madness (in NYC) 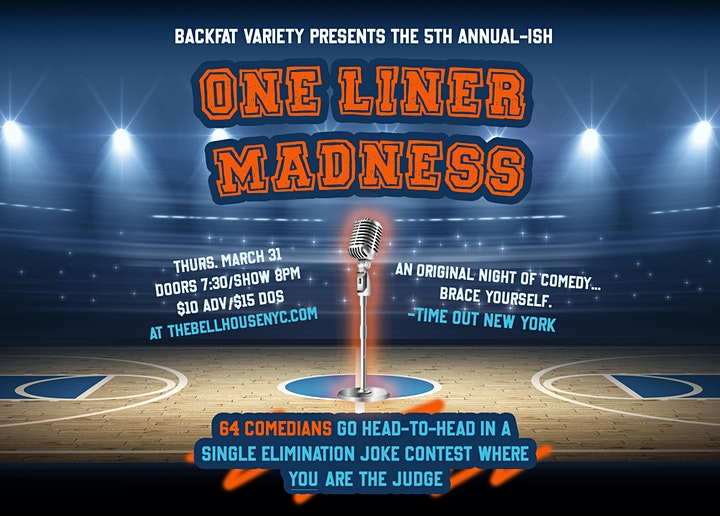 An epic night of fast-paced comedy where 64 comedians go head-to-head in a bracket-style, single-elimination one liner joke tournament. Audience applause determines which performers from Comedy Central, The Daily Show, Conan, Colbert, MTV, and SiriusXM advance, and who ultimately becomes the 2022 ONE LINER MADNESS CHAMPION. This is the 5th Annual-ish ONE LINER MADNESS contest (thanks, pandemic) in Brooklyn. It’s created and hosted by BackFat Variety, which consists of musician Larry Mancini and comedian Emily Winter. It’s their favorite show of the year. Get a ticket now for this very fun night of organized chaos.

*This event will be mixed seated/standing. Arrive early for best seat selection