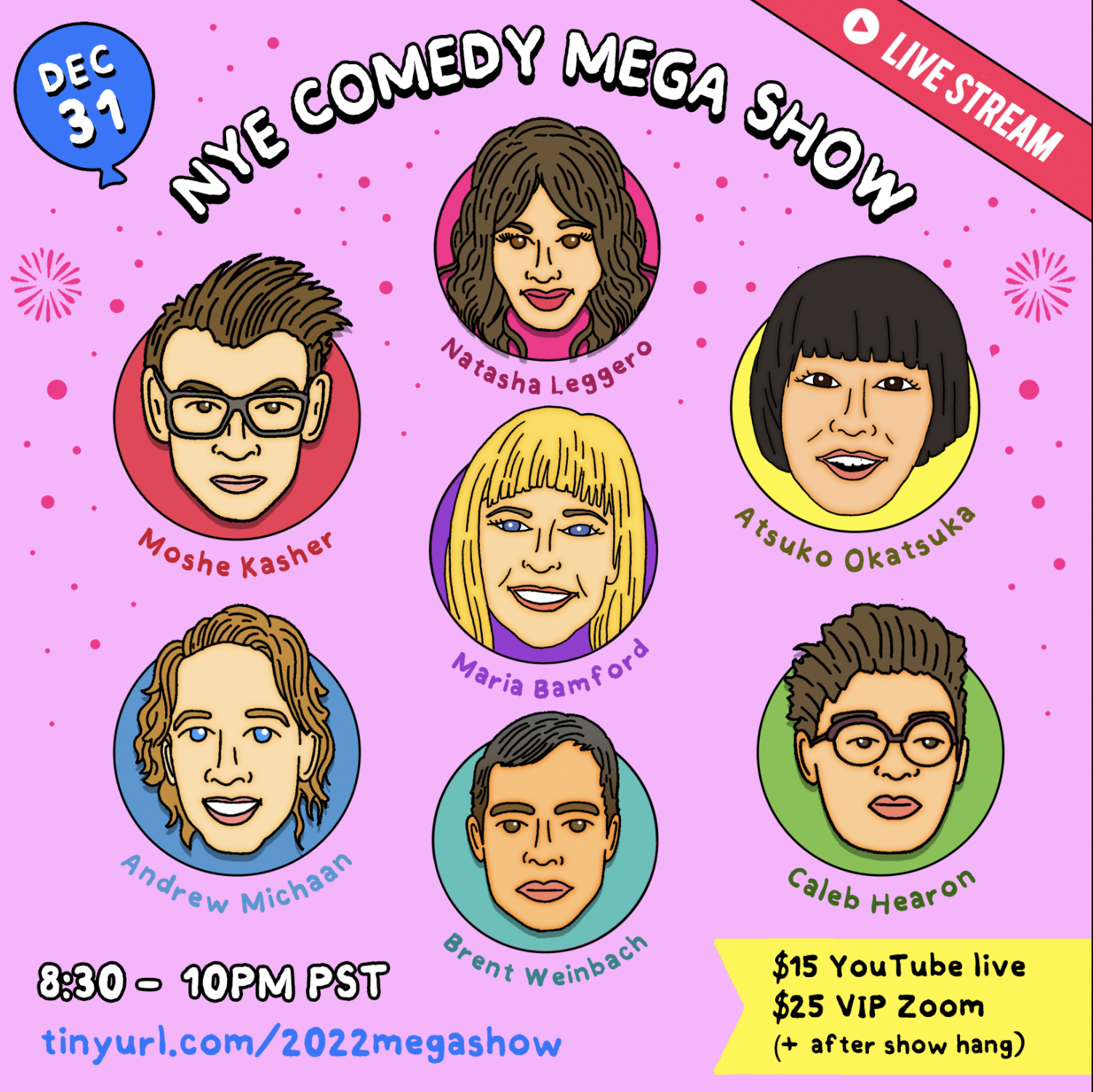 Natasha Leggero and Moshe Kasher have done a New Year’s Eve show every year in Oakland for the past 7 years (prior guests have included Kumail Nanjiani, Margaret Cho, Fred Armisen, Regie Watts, Melissa Villaseñor, and many more). We had an in-person show planned this year but we just decided to cancel it and pivot to an online streaming show instead. As sad as we are to not do it in person, we’re excited to bring the event to a wider audience! The show will start at 8:30PM PST and end after a “midnight countdown for Chicago” at 10PM PST in order to make it accessible to people all across the country.