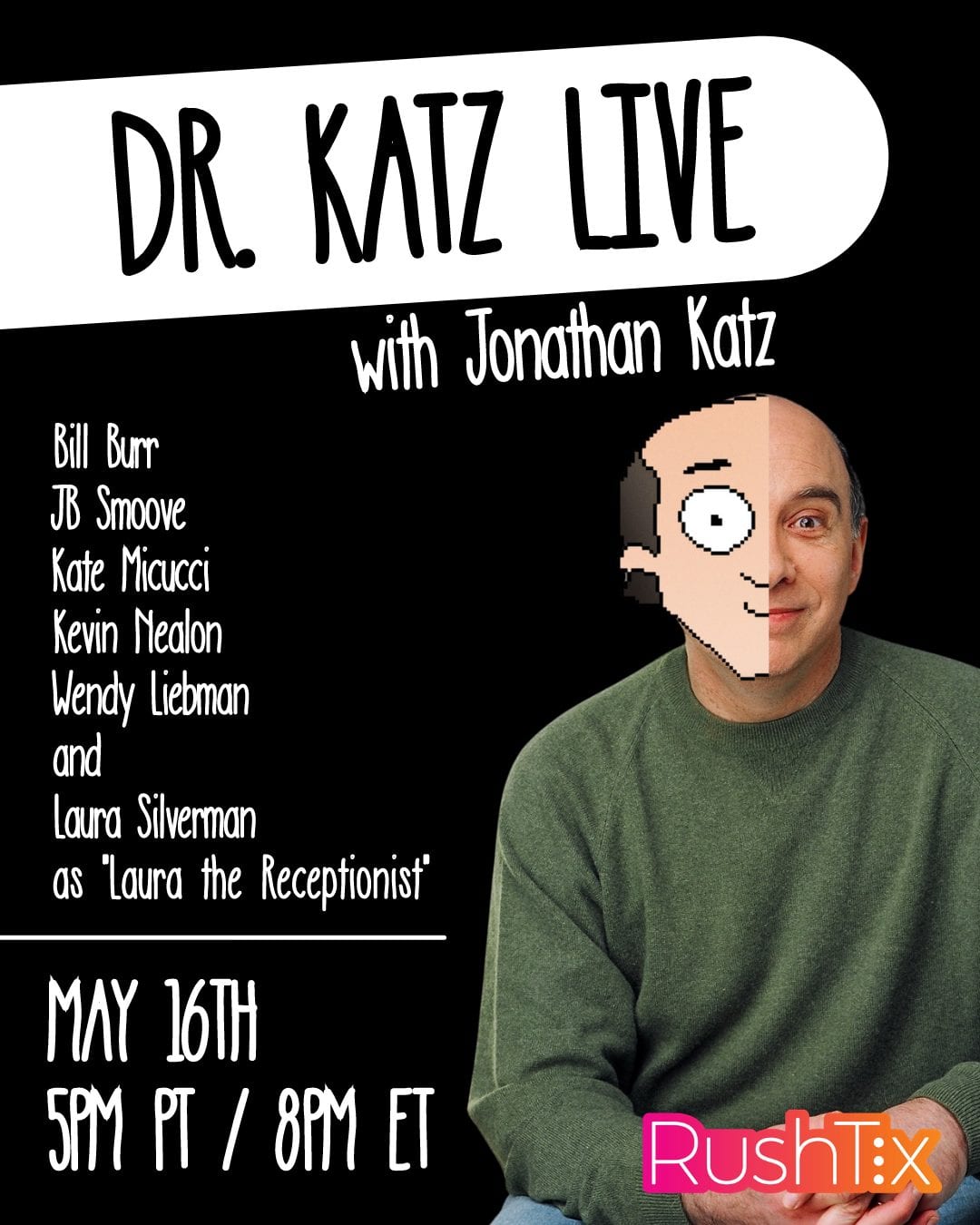 DR. KATZ LIVE is the human version of the critically-praised animated show, Dr. Katz: Professional Therapist, created by Jonathan Katz and Tom Snyder for Comedy Central. The show premiered twenty-five years ago in May of 1995, earning the network its first Emmy and Peabody awards and introducing the term “squigglevision” into the English language. Dr. Katz has rightfully gone on to become a cult classic. Much like the cartoon version, the live version of Dr. Katz brings well-known stand-ups and actors to the good doctor’s couch. The RushTix show will feature guest patients TBA as well as the return of Laura Silverman as the doctor’s receptionist.