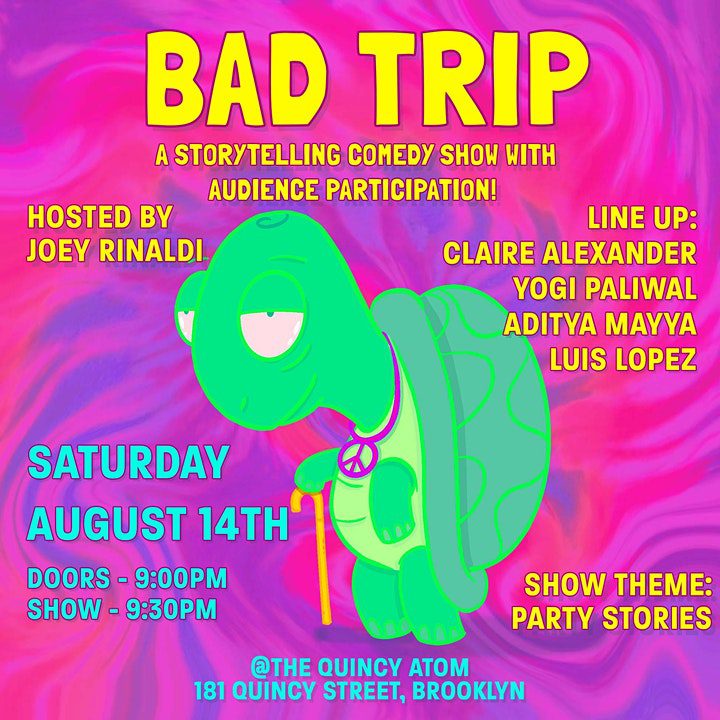 After a year of comedians sharing stories on Zoom and Twitch every week, Bad Trip finally leaves the internet for its 7th live in person show. Join Joey Rinaldi, as he invites his comedian friends (from Comedy Central, HBO and Netflix) to take the night off of telling jokes so they can open up about the crazy things that have happened in their lives.

Each performance ends with Joey curating a Q&A so the audience can ask the comedians anything they want about the stories they just heard.